"Hey bro, how much you bench?" When it comes to testing upper body strength, the gold standard is the barbell bench press, on a flat...
By
Dylan Harris 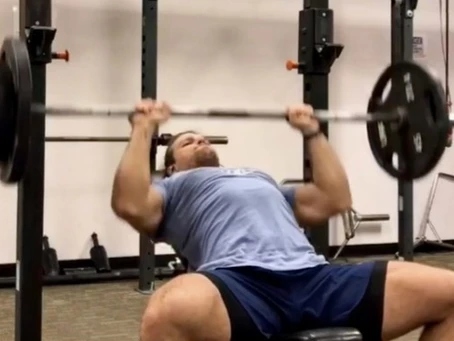 "Hey bro, how much you bench?"

When it comes to testing upper body strength, the gold standard is the barbell bench press, on a flat bench, of course. And in general, I would have to agree. You could state your case for a variety of other presses, as I am about to with the incline press, but there is more data and overall experience on the flat bench press than any other mode, so it only makes sense that this is what we gravitate towards for testing upper body strength.

From day 1 in the gym, we are obsessed with this lift, and it follows us throughout our lifting career. However, I have a slight bone to pick with the strength and conditioning coaches that continue to grind away at building up the flat bench press as the gold standard for athletes.

As strength and conditioning coaches, when choosing exercises, we look for the greatest transfer to sport. Often, when we look at a lift, we are looking at the joint angles and the direction that the force(s) are applied. Alongside these factors, we also need to always take into account the risk:reward of exercise selection.

At Springfield Strength & Conditioning, we favor the close grip incline bench press as the main upper body lift for our athletes. And by "close grip", I mean approximately shoulder-width. Below are a few of the reasons we favor this angle and grip width.

Stop and think about as many of the sports that involve explosive upper body pressing that you can think of. Off the top of my head, I come up with throwing a punch in boxing, a shot put in highland games or track and field, and blocking a defender in football. Now, picture how this looks upon execution. Notice the upper arm angle in relation to the torso. It much more closely resembles that of an incline press than a flat press. And one of my favorite quotes is from the late Charles Poliquin, "strength is gained in the range that it is trained". Therefore, if our job is to maximally gain strength for sport, we should train the range that is most desirable for the sport. If you mainly focus on the flat bench, you do not train this range to its full degree.

It's almost comical how much football coaches value the flat bench press for their athletes, especially linemen. Meanwhile, when they get them out on the field, they teach them to drive UP on their opponents in order to get them off balance and off their feet easier. If a football player gets caught in a position where he is upright enough, or pushing more similar to a flat bench press, chances are, he just got beat.

I love my powerlifting brethren, but our athletes are not powerlifters. And one of the biggest plagues with strength and conditioning coaches, is that many of them are exceptional powerlifters, and often apply their powerlifting methodologies and beliefs directly into their athletic development.

What I'm getting at with this, is that we don't teach them to setup their bench pressing like most powerlifters are taught. Be it a flat bench, or an incline bench, we favor a more narrow grip, and we don't teach an excessive arch, only a more natural one. One of the biggest reasons this is so sought after in powerlifting is that it decreases range of motion, which makes sense when trying to move the maximum amount of weight, you want to move the bar the shortest distance possible, and utilize any leverage you can.

Yes, there are other mechanical advantages for making these adjustments for a bigger bench, but none of them are to favor power output or range of motion, which are more desirable in sport. And do not confuse power with strength. If you look at most powerlifting bench presses, the angle actually more closely resembles a decline press. Again, an angle at which you are generally stronger, but not a common or desirable pressing angle in sport.

An injured athlete, no matter how talented, is a worthless athlete. Therefore, the #1 priority for all coaches should be to DO NO HARM!! Let me say it again...DO NO HARM!!

I do not care how valuable a piece of information might be, if it means putting my athlete at a much higher risk for injury to obtain it, it's not worth this. For this reason, we do not often, if ever, test a TRUE 1 rep max with our athletes. We look for technical failure and use the eye test for bar speed. If a rep does not meet our technical goals, we end the set. If the rep becomes a slow grinder, we end the set. Even during testing. We can gather all the same info we need from a near maximum effort that we can a true all out max lift.

So, for this reason, we also like the incline bench press over the flat bench. For one, the incline often puts less stress on the shoulder. The main reason for this, is that there is less internal rotation of the humerus during an incline bench press, than there is a flat bench press. If you've ever experienced recurring shoulder pain while bench pressing flat, the recommendation is to usually add just a small incline, sometimes only as little as 10-15º will do the trick. But that constant internal rotation can really wreck havoc on the glenohumeral joint if not appropriately balanced with other angles and exercises.

Another reason that a wider grip may aggravate the shoulders is because the further a limb gets from its center of mass, the heavier and more unstable it becomes. A simple test for this is to hold your arm straight out to the side, and have a friend push down on your arm at the wrist, and then do the same at the elbow. Your job is to resist this force. Which one was your friend able to overpower you with the most? Yep, the wrist. Because it was furthest from your center of mass. By keeping your grip slightly more narrow, you have a slightly more stable and strong shoulder joint.

What NOT To Take Away From This

Listen, this was not supposed to be a bash on the flat bench. In my experience, the flat bench is a healthy option for many people, even athletes! In fact, we still use flat bench press variations! We still vary grip widths! We use a variety of angles!

The message is not that athletes shouldn't use the flat bench, or that they should only incline press. If that's the message you got, apologies. At the end of the day, you want to train a variety of movements, in a variety of ways, in a variety of positions. All we are recommending is that more strength and conditioning coaches consider prioritizing the incline press more often for athletes, especially for testing conditions, if they want the test to translate most to sport.

If you have trouble deciding if and when an exercise should or shouldn't be included in you or your athlete's programming, feel free to reach out to us! We'd love to help! 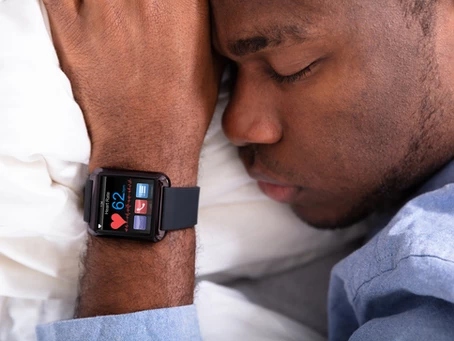 We have all been told to get at least 8 hours of sleep. As kids, we didn’t care all we cared about was staying up late playing video... 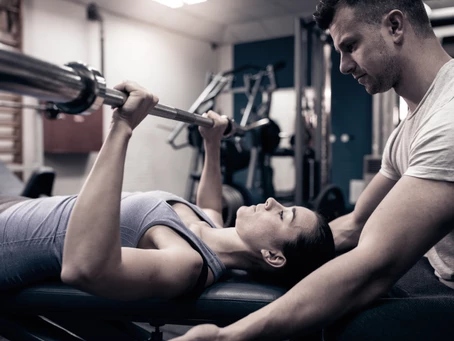 The Only 4 Reasons You Need To Try Semi-Private Training 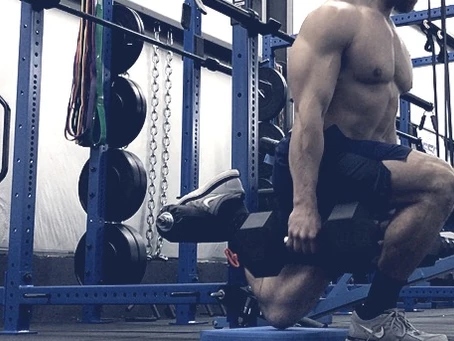 But First, Let's Get Strong

Strength is fundamental to the quality and function of everyday living. We doubled down on this statement by making two of our three...